IN THE NICK OF TIME! 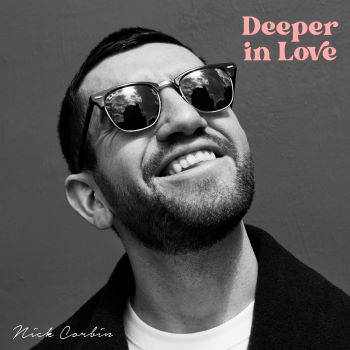 Earlier this year we enjoyed two great singles from Carmy Love. Both ‘Thinkin’ About You’  and ‘Rebel’ were released (to acclaim!) on the Big AC label – owned by sometime main man of New Street Adventure, NICK CORBIN (Nick wrote both songs too!).

Now Nick has released his own single – a delightful ‘Deeper In Love’, which boasts the same melodic, beefy, brassy, retro soul feel of Carmy’s single – hardly surprising, I suppose!

‘Deeper In Love’ was recorded in Ernie McKone’s Boogie Back studio in North London, so you know we’re talking soul quality here – a fact bolstered by the presence of session players Paul Jordanous (Rag ‘n’ Bone Man) on trumpet, Tom White (Labrinth) on trombone and the Paul Weller confrere Mick Talbot on Hammond and Wurlitzer.

Nick says: “Lyrically ‘Deeper In Love’ was partly inspired by John Legend’s ‘Ordinary People’ –  I wanted to write a love song about how challenging times can bring people closer together. The last year or so has really tested a lot of relationships and I felt it was important to have light and shade.”

Nick Corbin – Deeper In Love – Out now on all digital platforms