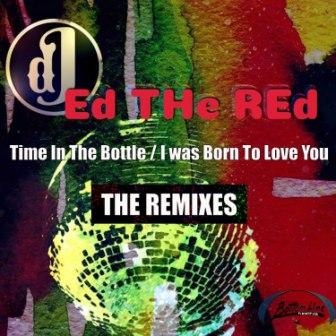 We’ve said it plenty of times before but ED THE RED (Edward Golstman, owner of Bottom Line Records) has to be the most prolific of soul musos. For the last few years he’s assailed us with a whole series of singles (many remixed) across a number of soulful genres and at the back end of 2017 he released a well-received ‘I Got The Music In Me’ long player.

Now… guess what? He’s releasing a couple of cuts from the LP in remixed form. First up there’s a ‘Midnight Soul’ mix of ‘Time In The Bottle’ This one, which features MJ White on vocals, was always one of the best modern soul grooves on the LP and here the groove is even tighter!

The other remixed cut is ‘I Was Born To Love You’. This comes in new “disco” and “soulful house” mixes – both crank up the tempo. We think the soul crowd will prefer the aforementioned ‘Time In The Bottle’.