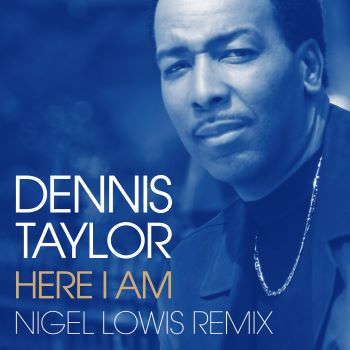 The new mixes of old favourites continue to come thick and fast with two new re-works of familiar tunes.

First up there a NIGEL LOWIS mix of DENNIS TAYLOR’S ‘Here I Am’. If you have a copy of the recent 20 track ‘Best Of Dennis Taylor’ album , you’ll be familiar with it. The mix was specially commissioned for the album with Lowis adding some tasty George Benson style guitar fills to the cut  and it being a Nigel Lowis mix you won’t be surprised to learn that there are few Philly flourishes too. Out now as a single!

The second new and recommended mix is of the recent SOUL MESSENGERS’ single, ‘Move (You Got To)’. You’ll know the tune was a September release and on it the Geordie outfit delivered  a lovely, pop/soul groove that ticks all the right Brit soul boxes. It  was properly catchy!

The new mix, though, offers a very different shading. It comes courtesy of band member Steve Lee (also in SouLutions, of course) who dubs his tweak ‘The London” remix, though his re-tooling is more 70s Detroit than contemporary London! It seems that Steve has taken as his template the sound of Norman Whitfield. This new version clocks in at almost 9  minutes and in the best Whitfield tradition there’s a lengthy intro, insistent percussion, eclectic  flourishes and a vocal that switches around in almost a Temptations way. It’s out  now and is only available @ https://www.soulmessengersuk.com