IN THE COMPANY OF PAUL RANDOLPH 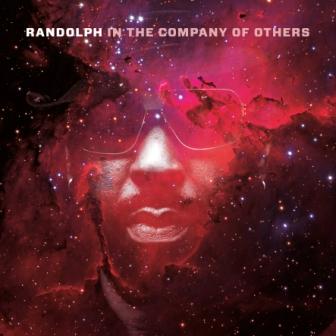 PAUL RANDOLPH is a Detroit-based indie soul musician – playing guitar, bass and percussion. His first exposure to music was via his jazz trombonist father; then after graduating with a degree in marketing from Central Michigan University, Paul decided to ditch commerce and make a career in music.

His CV to date boasts work with people like Tony Allen and Dennis Coffey and work with funk and blues band Mudpuppy. That led to gigs with Amp Fiddler, Carl Craig, iSoul8, As One, Catz n Dogz, Makoto, Tettory Bad, Zed Bias, and currently, the Berlin-based, Jazzanova.

Out on his own he released the album ‘This Is What It is’ in 2004, followed in 2007 by ‘Lonely Eden’. Sessions and live work followed but right now Mr. R’s gearing up to release a new solo album, ‘In the Company of Others’ on Mahogani Records.

Advanced previews reveal a complex modern soul set with plenty of input from new age soul collaborators (people like Vernon Hill and Zed Bias) while one cut – ‘Heavy’ is a homage to Gil Scott Heron, which kind of tells you the adventourous direction that Paul Randolph’s music goes in. However soul folk of a more conservative cut might need to investigate Paul’s treatment of the Philly classic ‘People Make The World Go Round’ while ‘Here Comes The Girl’ is a heartfelt homage to Eddie Kendricks.

Full review as soon as we have our copy.