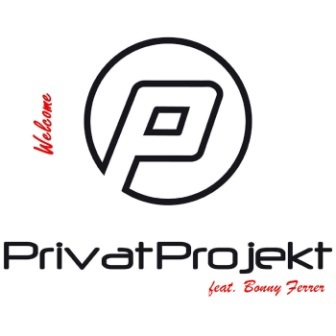 PRIVATPROJEKT (their spelling) is a German (Hamburg to be precise) music collective led by MICHEL RECKHARD. Herr Reckhard is a multi tasker…. he plays synthesizers, keyboards, drums, and percussion; he’s also adept at programming and song writing. His passion is soul music though, we’re told, he’s also partial to house music, jazz and classical. He’s also head honcho at KopfHoch Produktion- a label this is the conduit for his PrivatProjekt projects! His regular associates number multi instrumentalist, Alexander Precht, guitarist Jens Salsa and vocalist Bonny Ferrer, but for their latest offering they bring in plenty more guests helping them to deliver a variety of soul based sounds.

Most obvious soul groove on the (I’m guessing) eponymous ten tracker is the steady ‘Welcome’ which features sweet vocals from Ms Ferrer…little wonder her mentor rates her so highly. Elsewhere there’s plenty of disco – ‘I’ve Got To Tell You’ is a proper romp while ‘Holding On To You’ rides in on authentic Chic guitars.

Elsewhere ‘Time Is Running’ is classy blue-eyed soul of the Hall and Oates variety but perhaps the most intriguing track is the jazzy/rocky ‘Keep On’ which is fronted by Michel Reckhard himself who makes a good attempt at a Barry White style vocal while the chorus coo the title. Interesting stuff, adding to the intrigue of the album!