IN NEED OF LOVE… 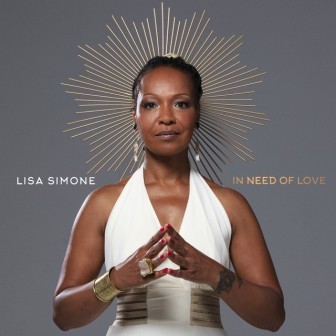 ‘In Need Of Love’ is the latest album from LISA SIMONE. The clue is in the name of course. Lisa is the only child of Nina Simone and though for many years she tried to avoid a musical career (she enlisted in the US Air Force and later worked as a civil engineer for ten years), her DNA kept beckoning. Quitting engineering, she joined a band called Liquid Soul before working on Broadway and supporting artists like Dianne Reeves and Patti Austin. In 2014 she released her first solo album, ‘All Is Well’ which was followed by the equally acclaimed ‘My World’. Both were deeply personal statements and satisfying examples of the art of the 21st century singer/songwriter. ‘In Need Of Love’ continues the trajectory and if you need proof about Lisa’s status as a fine singer/songwriter then try this album’s beautiful title track.

Other highlights include the jaunty ‘A Touchy Subject’ (a clever look at the “me too” debate), the boisterous ‘The Reckoning’ and the restorative ‘Legacy’. On that last one, Lisa seeks a kind of reconciliation with her mother (by all accounts, her childhood wasn’t an easy one). She sings: “I don’t have my mother’s hands nor do I have her voice. I don’t pay piano nor do I fight for civil rights the same way she did … but I know who I am, where I come from and where I’m going”.

LISA SIMONE; IN NEED OF LOVE out on Warner Music.