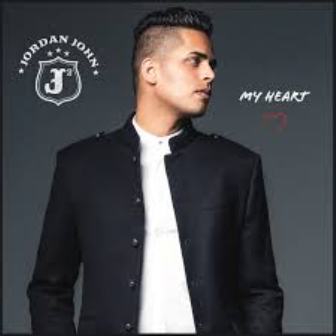 New(ish) Canadian singer JORDAN JOHN made plenty of friends in the soul world with his early 2019 singe ‘Get In The Groove’ – a pacey, energized soulful dance tune. We learned at the time that Mr John has quite a pedigree. You see, he’s the son of sometime Lou Reed bassist Prakash John and has worked with Prince and Aretha as well as playing on countless sessions – he plays drums, guitar, bass and B3 Hammond organ but right now he’s focusing on his latest solo release – a seven track mini album ‘My Heart’.

The collection shows the versatility that his CV indicates… the immediate attention grabber is the mid-tempo groove that is ‘I Keep falling In Love With You’. A lovely confection that reminds me of the best of Daryl Hall. Like Hall, Jordan’s vocal is more of a sweet caress than full frontal soul attack! That voice impresses on the socially aware ‘What’s Wrong With The World’ that seems to draw inspiration from latter period Marvin Gaye – no bad thing! While we’re talking influences the gritty ‘Everyday With You’ betrays JJ’s brief time with Prince; then for something different try the country flavoured ‘Tonight’ and the folksy ‘Is He Still On Your Mind’.

Earlier in the year with the release of the single ‘Get In The Groove’ we opined that Jordan John was certainly one to watch. ‘My Heart’ hasn’t changed that opinion!