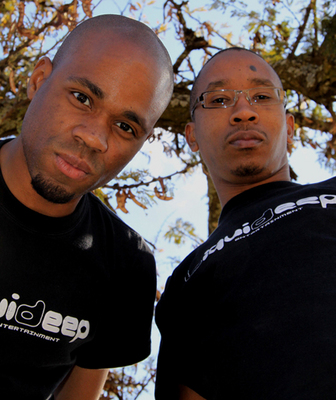 Working out of Johannesburg, LIQUIDEEP is made up singer/songwriter/producer/ ZIYON and DJ/producer RYZOR and they’re best known for their debut LP, ‘Fabrics Of The Heart’.

From the album, Tribe Records have just issued a single –  ‘Angel’. In its original incarnation the tune is a haunting affair with a light, enigmatic vocal from ZIYON. Good enough… but the really good news is that the tune is available in a number of wonderful remixes. First up there’s wonderfully soulful dance tweak from DJ SPEN and GARY HUDGE. Never frantic, it moves sweetly and comes complete with lovely harmonies and a great Fender Rhodes break. The same duo speed it up a touch for what they call a ‘Silky Soul Remix’ while one of the leading young Turks of the UK soulful house scene, SEAN McCABE, gives it an altogether deeper flavour. The mix set is completed by Tribe label head honcho ZEPHERIN SAINT who brings his usual Afrocentric rhythms to the song along with a dub version

The ‘Angel’ mixes are available from Traxsource Promo right now… with the official Tribe release coming on October 10th.