IN HER OWN SKIN 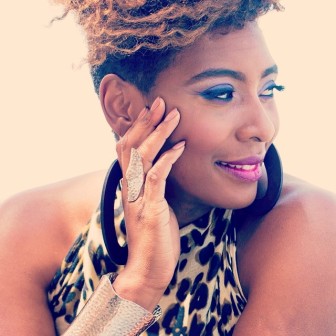 KENYA (JOHNSON) is a rising star of the Chicago soul circuit and her eagerly-awaited debut solo album, ‘My Own Skin’, is all set for mid March release on Expansion Records.

Late last year, the set’s lead single – the lazy, jazzy ‘Wednesday Girl’ got soul heads buzzing and the anticipation for the LP was cranked up when Kenya and her team delivered a fab ‘Knights Over Egypt’ remix… for which the source is obvious.

The album’s title track has just been released , a few weeks ahead of the long player. Produced by Kloud 9’s Kendall, it’s a classy, Latin-tinged dancer that will set feet tapping and heads nodding. It’s proper “modern” soul… that’s to say totally contemporary rather than retro. It’s all looking good for the album and be assured we’ll bring you the review just as soon as we can.