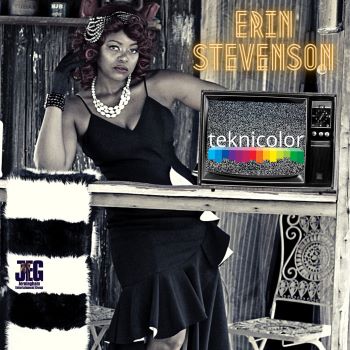 Despite her relative youth  ERIN STEVENSON has been around a few musical blocks! Aged just 10 the Houston native was a member of Girls Tyme who were later to morph into Destinys Child – without Erin, of course. Since then Ms S has sung bvs for people like Janet Jackson, Jennifer Lopez, Rihanna, Jamie Foxx and John Legend.

She also has a decent solo career and her latest offering is a snappy, 80s/90s throwback, ‘Teknicolor’ (her spelling). The song was produced and arranged by Felton Pilate (from Con Funk Shun) and it’s good to go now via the Jerningham Entertainment Group.