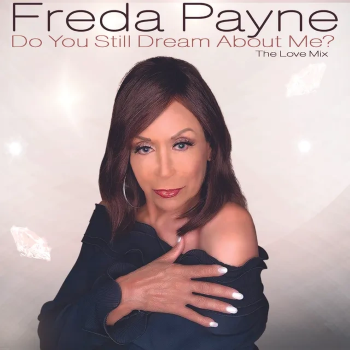 FREDA PAYNE is true soul heroine. In the mainstream she’s best known, of course, for her work with Holland-Dozier-Holland and her 1969 ‘Band Of Gold’ remains a much loved radio staple. Soul connoisseurs, however, know there’s much more to Ms Payne’s oeuvre than her work with Invictus. They’ll point to her jazz inspired roots and her later work – her consistent recording and, and indeed, a performing and acting career that’s seen her star in a Duke Ellington tribute and acting in movies like  ‘Private Obsession’, ‘Sprung’ , ‘Ragdoll’ , ‘The Nutty Professor II: The Klumps’ and ‘Fire and Ice.’

Freda, of course, still records and at the back end of last year she released a new single – a cover of Nancy Wilson’s’ 1989 outing ‘Do You Still Dream About Me.’. The release seemed to get lost in the usual Christmas hustle, but the lovely, lithe track deserves checking out by any fan of sophisticated soul. ‘Do You Still Dream About’ comes in what’s labelled “The Love Mix” and Freda’s mature, warm delivery is aimed straight at the heart. The romance quotient is cranked up with a sensual sax break