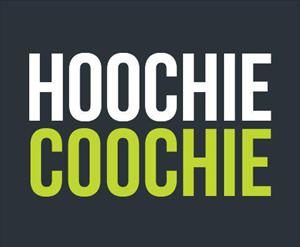 When it comes to live appearances by the big names in soul music, the North of England often gets a rough deal. Top performers – American AND British – seem reluctant to venture North of Watford. Sure, the North has plenty of “Weekenders” and festivals but the stars who play them are – by and large – obscure heroes and heroines plucked from obscurity to run through their past and often forgotten glories. There are, it’s true, a few venues up North where owners strive to rectify this situation. Manchester’s’ famed Band On The Wall immediately springs to mind and for the last three years Newcastle’s HOOCHIE COOCHIE CLUB has been doing stalwart work flying the real, soul flag.

The club owner is long time soul lover WARREN THOMSON and it opened its doors to the public on Aug 11th 2011, with a live gig by Kenny Thomas. Warren was also the DJ that night and he says; “It was the realisation of a dream I had held for many years. I had DJ’d in the early 80’s and ran several nights around Scotland whilst always holding down my full time career with Booker Cash & Carry . I worked for Booker for 35 years and worked my way up , eventually becoming a Director and shareholder. In 2009 , after 3 heart attacks , a quadruple by-pass, and a stroke I decided to quit and sold my shares to fund my dream of owning a small club with live music . The aim of the club was “to become the home of black music (soul, funk & jazz) in the North East” . I decided before I opened to run it as a “not for profit” venture , investing in live music and donating any net profit to charity. It was an attempt to try to feel good about myself .”

It took Warren two years to find the right venue and he eventually settled on an old Mexican restaurant in Newcastle which he purchased and began to convert. Some £950k later he had the venue he wanted. The Hoochie Coochie could hold 250 people and it was dedicated to playing soul funk and jazz featuring the best live artists. Over £100k of the investment was in the sound system and backline. Warren wanted both musicians and visitors alike to know he and his team were serious about soul.

Warren continues the story; “To build some momentum I started to try and book artists but knew no one except Kenny Thomas and his agent Mark Aaron , so I booked him as my first act. I then just started contacting artists and asking them to play. No one took me seriously and no one wanted to come to Newcastle, “it’s too far” was the usual excuse. The cost of bringing artists is prohibitive with travel and hotels required for everyone from London, so I knew I had to subsidise the gigs to make it work .”

Despite not making big money yet, Warren and his team have stayed true to their charitable principles. They have funded numerous charities at local and national level, – the biggest being Mary’s Meals where they are funding school meals for 800 children in Malawi to help improve their education.

Warren continues his story : “It’s been quite difficult in Newcastle because we are relying on the same small group of people . We have tried to expand our support by having regular monthly events for other music – Northern Soul all dayers , bringing up people like Ralph Tee, Richard Searling, Eddie Piller and so on. We also have a Reggae night and a swing night. However as the brand is building we are getting people up from London, Manchester Leeds and other towns.”