I’LL TAKE YOU THERE… 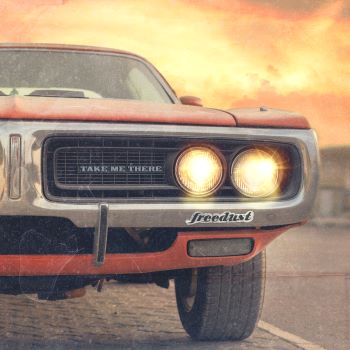 FREEDUST is a cosmopolitan but now Barcelona based music duo ( Italian composer Daniele Carmosino and Swedish singer Lisa Widmark) who are busy promoting their latest album, ‘Take Me There’. The LP (7 tracks and 7 instrumentals) was flagged up via a single that paired the album’s title track with ’Beleedat’. The tunes offered two very different sounds. ‘Take Me There’ was/is jazzy and chilled out  with a cool femme vocal. ’Beleedat’( no idea about that title!) was/is Freedust’s take on hip-hop, though I’d hesitate to call it rap. It’s more a rhythmic, spoken word piece courtesy of Puerto Rico-based rapper Bardo.

The Freedust gang call the album, “A unique fusion of genres ranging from funk-soul to breaks and electronica; blended jazzy pop layered with loose, light-hearted vocals to create a synthesis of sound” – a very European way to describe the sound which is, yes, very “European” – out now via Danca Records.