I’LL PLAY THE BLUES FOR YOU…. 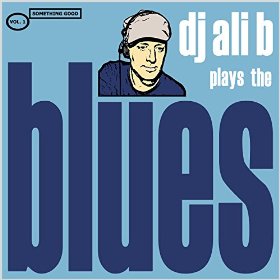 UK-based DJ ALI B has been in the business for over 20 years and he’s known for his eclectic and varied tastes. A regular at clubs like Fabric and Blue Note he also is the usual stand-in for Craig Charles on BBC 6. As a producer, Ali B’s released a range of remixes and original productions and now in the dark, gloomy days of winter he’s just unleashed his latest project…. ‘DJ ALI B PLAYS THE BLUES’

The album features 29 classic blues tracks from people like BB King, Howlin’ Wolf and Muddy Waters and (‘cos he’s a DJ) our man also offers the tunes in an extended mix… which throws new light on the atmospheric recordings. It’s a unique (and very 21st century) take on the genre and even hardened blues buffs will find much to like – notably Chuck Berry’s ‘Wee Wee Hours’ and Sam Cooke’s ‘Driftin’ Blues’. Neither Cooke nor Berry were blues men per se but their tracks fit perfectly here.