IF HE WERE YOUR WOMAN… 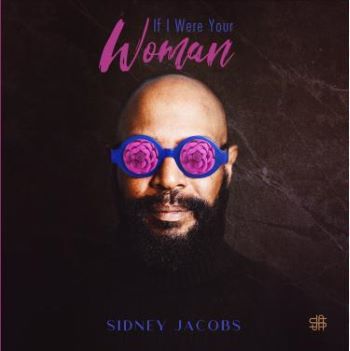 In these gender fluid times we shouldn’t  be surprised by a male singer tackling a song like the soul standard ‘If I Were Your Woman’ and that’s exactly what soul/jazz vocalist, songwriter, arranger, and producer SIDNEY JACOBS has done. In fact, the Gladys Knight song is the title track of Mr. Jacobs’ latest album – a 16 tracker that is his follow up to 2017’s ‘First Man’ LP.

Sidney explains that the idea behind the ‘If I Were Your Woman’ album came after a live show when just for fun he sang ‘I Feel Pretty’. The audience reaction encouraged him to think about working on more songs that are usually performed by women or, at least, presented from a female perspective. An experimental artist, anyway, he says: “I wanted to create a different listening experience and find songs that had personal relevance to me and songs that marked some very specific times in my life.”

The album has just won release and it’s a pleasing and intriguing mix of standards, Jacobs originals and soul and pop hits. All are delivered in a rich, fluid baritone in settings that fuse soul, jazz and gospel.

Maybe because of its familiarity, ‘If I were Your Woman’ is a standout. The version of ‘Until You Come Back To Me’ is a delight too while the iteration of ‘On A Clear Day’ offers new perspectives…the brass section here is particularly effective.