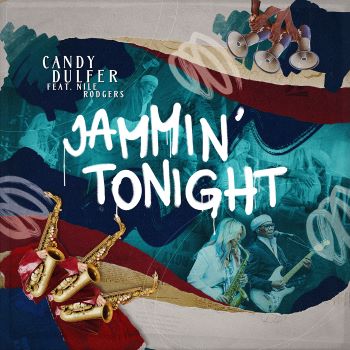 Sax maestro CANDY DULFER has just announced the upcoming release of a new album…. ‘We Never Stop’, due late October. We’re told the LP features guest input from NILE RODGERS and indeed the Chic guitarist is involved on the album’s lead single – an energy packed ‘Jammin’ Tonight’  which has just  been released via The Funk Garage/Mascot label.

‘Jammin’ Tonight’   is a fierce workout from the Dutch saxophonist and its inherent funkiness and insistent vocal betray the lady’s time with Prince. Add to that a Chic flavour courtesy of Mr R and you have a proper old school jam!

We’re told the album offers plenty more of the same. Candy says: “ The main spirit of this music is to elevate. It feels like it’s never been more important to take a stand and not let the hurt and the pain defeat us. That’s why I called this album, ‘We Never Stop.’”