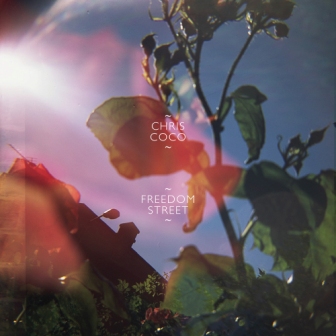 COCO JAFRO are a hard-gigging seven piece from Vancouver. The band came together as an instrumental soul and funk outfit and in 2010 they debuted with a locally successful instrumental EP. Soon, though, they added a vocalist. KARINA MORIN gave COCO JAFRO a new dimension allowing the team to offer more subtlety. Then with the addition of Moroccan-born guitarist ARMINE SAID, the COCO JAFRO picture was complete.

MORIN and SAID along with KARL OYSTENSEN (keys), ERIC THE RED (sax), PETER DOWSE (bass), PEDRO ARBOUR (drums) and NICHOLAS MARQUEZ (percussion) currently mix a heady musical cocktail of soul, funk, Latin and Afro-beat. Pending the release of a full album, they’ve just issued a 6 track EP that’s both eclectic and hard-hitting. Think SANTANA gigging with FELA KUTI garnished with hints of SADE, THE BRAND NEW HEAVIES… even the whole DAP TONE thing! Yes, sounds odd – but it works. Check out the wild ‘The Dude’ or take time to chill with the ethereal ‘India’.

The EP’s called ‘Voodoo’ – after the rocky, Latin hued tune of that name and you can hear it and discover more of the band @ www.facebook.com/cocojafro