I LOVE THE NIGHTLIFE…. 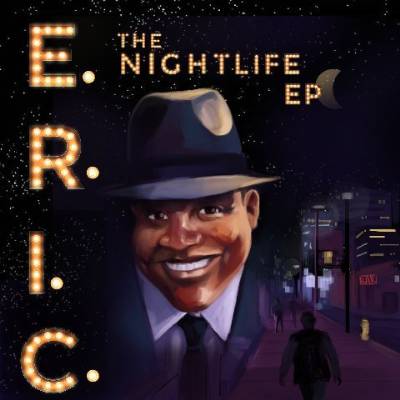 Savvy indie soul connoisseurs will know all about E.R.I.C. (Extra Rich In Class), the performing alter ego of soul man ERIC HARRIS. Eric works out of New York and his recorded legacy consists of a series of themed EPs which evoke the spirit of the classic soul of artists like Luther Vandross, Bill Withers and Barry White. His 2011 outing ‘Betcha Didn’t Know’ won him lots of fans in Europe while his song ‘The ATM’ (possibly the only song about the hole in the wall?) showed the man’s penchant for the quirky.

So Eric fans (and indeed lovers of quality indie soul) will be delighted to know that our man’s got a new EP out right now. The five tracker is called ‘The Nightlife’ and Eric calls it “a set of diverse Friday night testimonies of the human condition from individuals around the world”.

Make up your own minds about that; all I’m saying is to repeat that the tunes offer quality indie soul. The title cut is a lovely mid-tempo shuffler with sweet strings that’s perfect for the modern soul scene; ‘Life’s A Mess’ is slower and more stuttery; ‘Playboy To Payboy’ shows that Eric still revels in the quirky … the song’s theme is ageing playboys and clubbers; ‘All I Need Is You’ is the mini album’s big ballad; while ‘Ms Coco Kain’ speaks for itself… yep, the ease of how addiction can creep on you and how hard it is to quit.

E.R.I.C’s ‘Nightlife’ is available via all the usual internet portals.