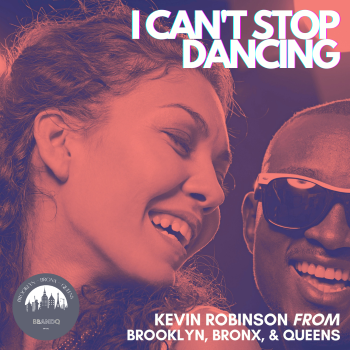 Serious dancers will know all about the BB&Q BAND. Originally a studio concept  created by Euro disco don Fred Petrus, the group was eventually named for New York boroughs, Brooklyn, the Bronx and Queens (where the original musicians came from).

They soon enjoyed success with ‘On The Beat’ and after guitar man Kevin Robinson joined the team, the band took on a more defined, permanent line-up and more dance floor  success followed with their 1982 album ‘All Night Long’ securing them a place in the dance/disco pantheon. However, when Petrus’ various projects got into financial difficulties, BB&Q struggled; though with some new members (including Curtis Hairston) they enjoyed some renewed success with tunes like ‘Dreamer’. In 1987 the increasingly erratic Petrus was murdered by unknown gunmen and in the aftermath, that seemed to be the end of the BB&Q Band.

That was then of course and this is now. So to mark the fortieth anniversary of  ‘All Night Long’ sometime band members  Kevin Robinson, Tony Bridges, and Bernard Davis are back together and working on a new album, aptly titled ‘The Legacy’ from which a big, dance single ‘I Can’t Stop Dancing’ has just been released. The title really says it all. It’s big and brash with booming beats and a macho-fuelled, old school soul vocal that sounds  a lot like dear old Bobby Womack – little wonder…  singer on the track, Kevin Robinson cites Bobby as his biggest influence!