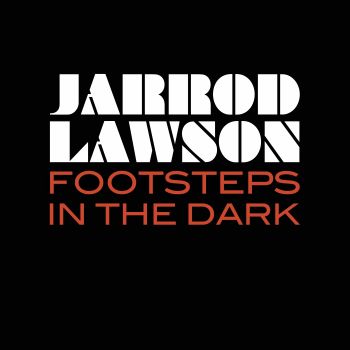 A couple of days ago we featured a wonderful, new cover version of a classic Isley Brothers tune… ‘Here We Go Again’ by Output/Input (see our news story). Now by odd coincidence, we can enjoy another splendid version of another of the Brothers’ big tunes. This time around Portland’s JARROD LAWSON offers us his  spin on ‘Footsteps in the Dark’.

Those who’ve seen Jarrod live will know that he regularly featured ‘Footsteps’ in his shows, so, in response to demand, he decided to record it! Working with Chance Hayden on guitar and drummer Tyrone Hendrix, Jarrod puts his own special spin on the song. Jarrod’s voice is strong and soulful (sufficiently different to Ron Isley’s take to create plenty of interest), the harmonies are superb and Hayden’s extended guitar figures offer different  and exciting shadings to the original Ernie Isley guitar fills.

Always a great song, Jarrod’s version is exactly what a good cover version should be – it respects the original but takes it somewhere different to offer plenty of intrigue and interest! We’re told that this new ‘Footsteps’ will be one of the key cuts on an upcoming album which celebrates UK label Dome Records’ 30th anniversary. The album is imaginatively called ‘Dome 30 Years’. We can  confidently predict  that the music will  be much more imaginative!

Jarrod Lawson’s ‘Footsteps In The Dark’ is released by Dome on Friday April 8th. Find out more @ https://ingrv.es/footsteps-in-the-dar-9jc-2