I HEAR A SYMPHONY…. 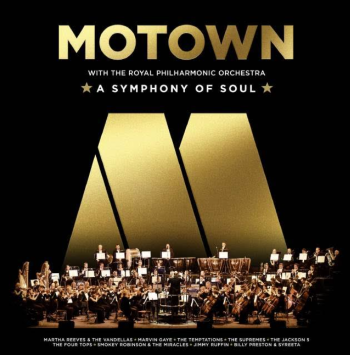 It’s been quite the thing over the past few years – new recordings of classic pop and soul from various symphony orchestras. We’ve had countless orchestral reimaginings of everything from the works of Elvis and the Beach Boys and on through to the likes of Aretha and Al Green. The latest music to get “the treatment” is more generic – the music of Motown!

Released on 19th November, ‘A Symphony Of Soul’ features tracks from the Motown label – all faithfully reworked by the globally renowned Royal Philharmonic Orchestra. Produced by the Grammy Award winning Brian Rawling, this 11 track album features some of Motown’s best known  songs with new orchestration. The production uses the original vocals throughout, but two tracks – Marvin Gaye’s ‘Abraham Martin & John’ and Jimmy Ruffin’s ‘What Becomes Of The Brokenhearted’ – feature newly recorded vocals by Beverley Knight and Mica Paris, who feature in harmony with the original vocalists. ‘Abraham Martin & John’ has just become available as a single. Oh, and yes – ‘I Hear A Symphony’ is one of the included songs – obvious really!

The Royal Philharmonic Orchestra; A Symphony of Soul – Out November 19th via Motown/Island Records/UMC