I CAN SEE FOR MYLES…. 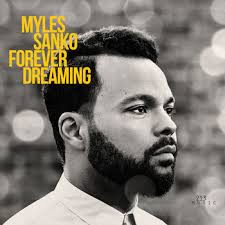 MYLES SANKO is the Marmite man of soul. Opinions have been sharply divided on the ex Bijoumyo front man. A sizeable congregation of soul folk loved his 2013 debut solo set, ‘Born In Black And White’ ; equally a goodly number didn’t quite get his impassioned, quirky take on retro soul.

Well, the odds are that the gainsayers might be forced to change their opinions as Sanko puts the finishing touches to his new long player. Partly crowd-funded (the way forward?), the new set’s called ‘Forever Dreaming’ and the previews indicate a satisfying set that channels the artists that nave had such a huge influence on young Myles – amongst them Bill Withers, Otis Redding and the Reverend Green!

The title track is particularly satisfying. It’s a breeze of tune with just a hint of Northern soul about it while ‘Light In My Hand’ is a convincing ballad… sparse and stark.

Though Sanko’s music is nothing like the sadly missed Any Winehouse’s, there’s the same approach to soul that Amy had … you know, much love and respect for the past, but still totally contemporary.

Jazz FM’s Peter Young (always a man of sound judgement) is a fan and notes the modern twist that Sanko gives to classic soul while Craig Charles ha been playing Sanko’s stuff too.

‘Forever Dreaming’ is out on Lounge/Legere Records in September and Myles will be touring in support right through to December.