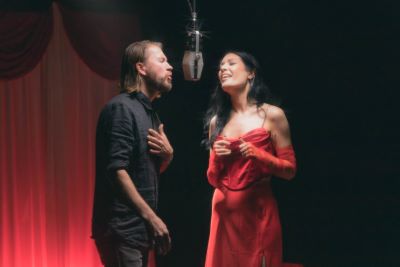 ‘Hurts So Bad’ is the latest single from young Aussie singer/songwriter WILSN (the musical alter ego of Shannon Busch). This  big, building ballad  is  the lady’s’ official follow up to her previous single, the Northern soul flavoured ‘If You Wanna Love Me’ and features a clever, brass-riff filled production. On the track, Wilsn is joined by Josh Teskey. (pictured together, above)

‘If You Wanna Love Me’  drew critical  comparisons between Wilsn and people like Amy Winehouse and even Etta James and this new release will add fuel  to that conviction.

Both ‘Hurts So Bad’ and ‘If You Wanna Love Me’ will feature on Wilsn’s debut album, ‘Those Days Are Over’, out Feb 3 on Ivy League Records/Universal Music Australia