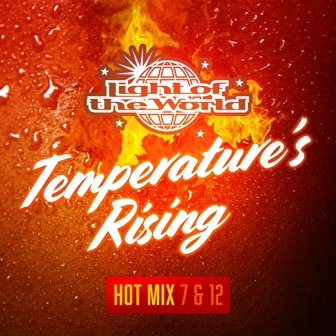 Been a while since we heard anything from Brit soul collective LIGHT OF THE WORLD, but after something like 20 years, it seems they’re on the way back via an energized new EP that offers three mixes of an EWF flavoured tune, ‘Temperature’s Rising’.

My memory tells me that the tune was set for release at the back end of last year. Don’t know what happened there, but ‘Temperature’s Rising’ is definitely good to go on August 7th. Of the three mixes on offer, the “Exotic” mix really hits the spot… tough and tight with a funk undertow. The “Disco” mix is a tad lighter, but still tasty while the “Fast” mix is, well… just that!

The core of the band is now Gee Bello (Vocals/Percussion), Nat Augustin (Vocals/Guitar) and Mel Gaynor (Drums) and they tell us that there’s a new album, ‘Jazz Funk Powers’ in the pipeline

Tags: LIGHT OF THE WORLD