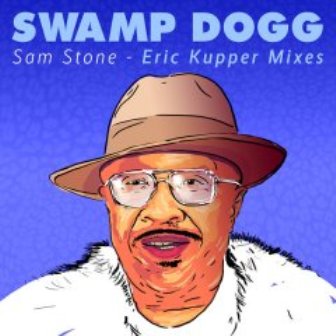 As 2019 draws to a weary conclusion we can reveal one of the oddest release of this… or indeed… any year – soulful house mixes of some of the best of SWAMP DOGG!

Yes, we know that Mr D (Jerry Willians) has always been way ahead of the curve and now he’s allowing some of his very best to be remixed by people like Raphox, OPOLOPO, Mad Professor, Eric Kupper, King Britt, Billy Paul Williams, Ursula 1000, SanFranDisko and The Revenge.

First fruits of the new deal are versions of Sam Stone and My Heart Just Can’t Stop Dancing. The former has been tweaked by French mix meister ERIC KUPPER who transforms the Godfather of Swamp Funk’s 1972 interpretation of the John Prine classic. O.G (Josh Wink of Digable Planets) takes on Dogg’s 1977 disco-funk rave-up “My Heart Just Can’t Stop Dancing’ – every bit as bonkers as the original!