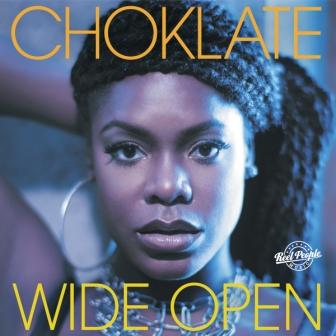 US soulstress CHOKLATE first came to our attention almost five years ago with a lovely little ditty called ‘The Tea’. With an intriguing lyric, in its Reel People remix and rework it insinuated itself into every discerning DJS must play box… we could say it was a great soul brew! (But we’d never stoop to such cheap punning!)

Lousy word play apart, Ms Choklate has just returned with a great new soul cut called ‘Wide Open’. In its original format, it’s a steamy, danceable slab of modern soul but the Reel People tweak (clocking in at just over seven and half minutes) take it up several gears. The Reel People twosome keep the tune’s inherent catchiness but add a set of beats that will please the discerning soulful house heads AND retain the attention of the modern soul crew… nice string synth touches too.

The tune will be available officially on 3rd March via Reel People Music.