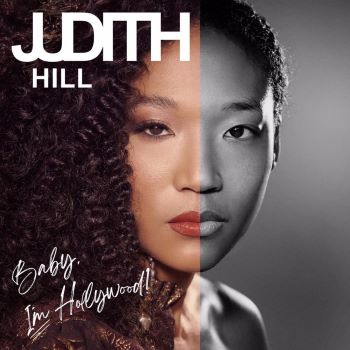 At the back end of last year esoteric soul and R&B singer JUDITH HILL released the provocative single, ‘Americana’. It was a powerful and complex message song about not belonging because of your heritage. We were told that the cut was taken from an upcoming album, ‘Baby I’m Hollywood’ and the good news is that LP is almost with us … due March 5th.

You can catch the flavour right now via the album’s title track which has just been released. Sonically ‘Baby I’m Hollywood’ is a heady cocktail of old school soul, rock and funk and, as you’d guess, the Hill vocal takes no prisoners with its power and attack. The message, reflected in the video (now live on YOUTUBE) recounts the highs and lows that wannabees face seeking their fortunes in the Hollywood-based music biz … “I‘ll give you all of my fire. I’m your beautiful pain. I’m your burning desire …I’m a wreck and ruin – but you’ll never regret me!”

Ms Hill says: “‘Baby, I’m Hollywood!’ personifies Hollywood as a woman. The music captures her free spirit, yet lyrically, it underlines the pain she has endured. It is very much a reflection of my life and how it has been growing up in the entertainment business. The show must always go on and yet you learn how to put your pain in the songs…. that is what makes the stage so visceral and alive. Beyond the lights and glamour, there is depth. I wanted to show that side of Hollywood and give the word a different feeling.”

Look out for SJF’s interview with Judith Hill coming soon.