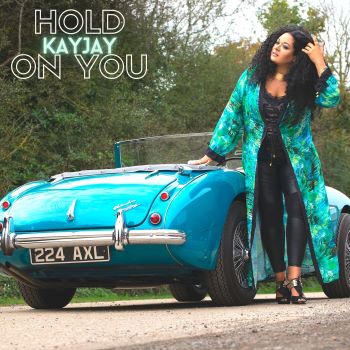 KAYJAY (her spelling) is a top session singer. Her full musical CV would fill a few pages – but here’s a few of her achievements. The singer has  worked with people like Alexander O’Neal, Shola Ama, Lemar, Lisa Stansfield, Westlife, Roni Size, Estelle, Martha Reeves, Leee John, Rose Royce, Stereophonics and Jamiroquai. Most recently she fronted Play Hard’s remake of Janet Jackson’s ‘When I Think Of You’ while she’s also part of the new touring line up of Odyssey. Little wonder she’s known as “Session Singer To The Stars”!

KayJay is now stepping out on her own with a tight, almost funky dance groove ‘Hold On You’ . The cut has a positive, uplifting message fuelled by a driving back beat; reminiscent of old school grooves of the 90’s and 00’s and, of course, it features KayJay’s big, soulful vocals.

‘Hold On You’ is out now and we believe that it’s from an upcoming album, ‘Intuition’, due for release soon.