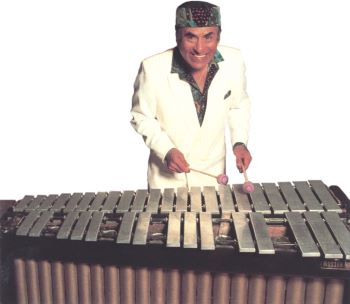 FRED RAMIREZ is an acclaimed Latin jazz pianist and vibraphonist. In the 60s and 70s he played in various bands and toured right across the states. In his extensive career he has worked with a multitude of jazz greats. He was also a founder member of Macondo – a jazz ensemble that recorded for Atlantic under the auspices of Ahemt Ertegun.

Fred also recorded solo and two of his 60s recordings have just been reissued as a tasty 7” single by Matasuna Records. Tunes in question are ‘Hold On I’m Comin’’ (the classic Sam and Dave song) and ‘Comin’ Home Baby’ (a song most often associated with Mel Tome).

The Ramirez tracks were recorded for Warner Bros and have been remastered to add a real quality soul-jazz heft to the Matasuna label’s catalogue. Both cuts have that very special, atmospheric, mid 60s soul-jazz feel. There’s more than a whiff of the Ramsey Lewis Bohemian Caverns work about both cuts though given Ramirez’s background there is, of course, a distinct Latin flavour.