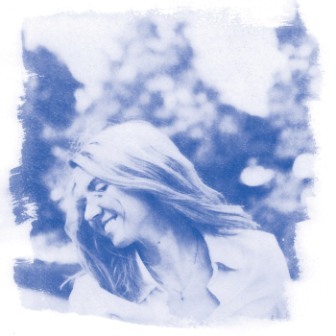 RITA RAY (born: Kristi Raias) is a blue eyed soulstress from Estonia and we were introduced to her late last year via the energetic and catchy single ‘Disco Stu’. We reported it as a “pleasing disco romp with hints of the best of the Philly sound”… yes, a very decent little dancer and a veiled tribute to the Simpsons – bound to get feet tapping!

What ‘Disco Stu’ didn’t do though was to prepare us for the truly soulful quality of Ms Ray’s album which has just been released. The mini collection – just 8 tracks – is called ‘Our Love Will Rust’ and one eminent soul commentator said that on first hearing it, it  gave him a rush of goose bumps! Well, maybe I’m a bit old for the old goose bumps, but ‘Our Love Will Rust’ has a huge immediate impact with most of the cuts very different, weightier and more properly soulful than the almost throwaway ‘Disco Stu’.

The LP’s title track is a real beauty… a sort of mid-tempo ballad, it draws its inspiration from the studios of Memphis and Muscle Shoals and there’s more of the same on the equally lovely but slower ‘Losing It’. The catchiest cut is the chinking, foot-tapping, head-nodding ‘How Much Can A Small Heart Take’ but dip in anywhere here and you’ll enjoy quality, convincing blue-eyed soul.

How best to describe it? Well for a start, Rita has some voice! She and her producers (led by Martin Laksberg of Lexsoul Dancemachine) also understand what soul is all about and between them they create a sound that marries classic soul sensitivities with modern ideas – much the same way as Amy Winehouse did and as the Daptone crew do. Recommended!