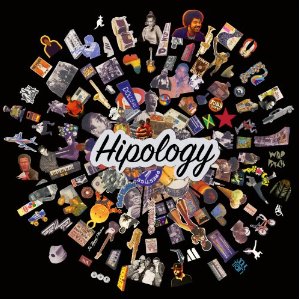 London musician MARC MAC may not be a household name in soul, jazz and funk circles – but fans and collectors of all three genres will be familiar with his various alter egos- 4HERO, NATURE’S PLAN and NU ERA. As well as fronting those outfits he’s also produced for JILL SCOTT, ROY AYERS and TERRY CALLIER. Now for his latest project MARC has resurrected another of his concepts – VISIONEERS. Under that name he released a set of collectable 7″ singles that were championed by people lisle GILLES PETERSEN, KENNY DOPE and NORMAN JAY while the album ‘Dirty Old Hip-Hop’ won acclaim in creditable circles.

The new VISIONEERS’ long player is the eclectic ‘Hipology’ – a hybrid collection of break beat, nu-jazz, neo soul and hip-hop. In places there’s a feel of those vintage GURU albums – notably on the tracks ‘Back In Time’ and ‘Shine’ while elsewhere there’s some cool jazz (‘LuAnne From Harlem’) and a great chunk of funk (‘Jungle Green Outlines’) The set also features some interesting covers, particularly a take on JOHNNY PATE’S movie theme ‘Shaft In Africa’ and a loose reading of AHMAD JAMAL’S ‘Swahililand’. Maybe the most interesting cut though is ‘Apache (Fanfare Dub)’ – a brassy twist on the famous guitar instrumental, ‘Apache’, that was one of the first ever tunes to be sampled by the hip-hop crews back in the day.

Released on bbe Records, ‘HIPOLOGY’ comes with a bonus CD – a mixtape of the album throwing new light on all the material. Find out more about this intriguing collection @ www.bbemusic.com