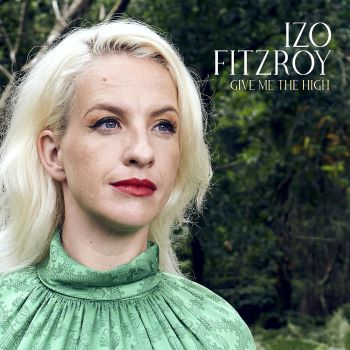 We’ve been tracking the career of  London-based singer/songwriter IZO FITZROY since 2017. We were mightily impressed with  her  ‘Skyline’ album from that year and we  weren’t surprised to learn that  her  entry to the music biz was via Gospel. When she was just 19, Izo joined London’s Soul Sanctuary Choir; then in 2013 she formed her own Great Sea Gospel Choir. Moving on, and embracing the influence of classic female blues singers she decamped to New Orleans  and toured with her own 8 piece band that included a four part gospel-influenced backing vocal line up. It was in the Crescent City that Izo  wrote the songs for ‘Skyline’.

Then in 2020 Izo released a new collection, ‘How The Mighty Fall’ and it won plenty of deserved  plaudits and acclaim. Highlights included the tough, gritty ‘Ain’t Here For Your Pleasure’ and the quite lovely piano-led ballad, ‘Give Me A Moment’.

Right now Ms F is putting the finishing touches to a new long player – ‘A Good Woman’ which her people tell us  is an exploration of life as a single woman, railing against convention, battling depression, wrangling shame and having a more embodied connection with herself – in other words feelings that can only be truly expressed via soul music.

The album’s lead single, ‘God Gets a Little Busy Sometimes’ won plenty of rotation on the savvy radio stations and Izo now follows through with a new single, a feisty, up-tempo ‘Give Me The High’. It’s an energetic piece, with a haunting quality  that embodies the ecstasy of a new relationship and all the joy and passion it brings – a “high” indeed! . Throughout, big brass stabs and shimmering guitar lines echo  Izo’s gospel-infused vocal tones.