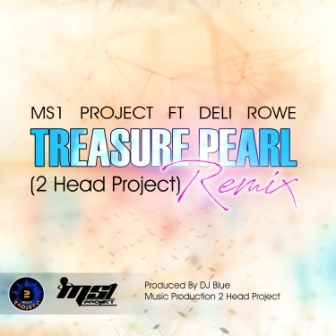 ‘Treasure Pearl’ is the latest single from MS1 PROJECT, who, you may know, are two UK brothers … MIKE HARRISON (aka DJ Blue) and session musician GEORGE HARRISON. The brothers have a penchant for the flavour of the old school and it shows on this crisp, modern soul outing.

The song, with vocals from DELI ROWE, originally appeared on the duo’s ‘Changes’ long player but for the single, they’ve reworked the cut… higher bpms and new instrumentation giving the whole thing plenty of boogie appeal.

‘Treasure Pearl’… the 2 Head Project Remix is out on H&S Records on March 16th.