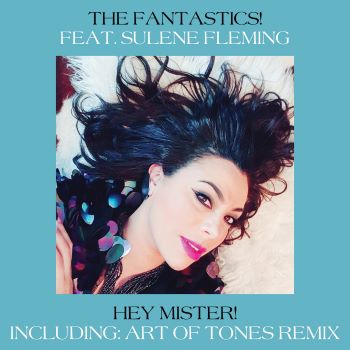 London band THE FANTASTICS are almost there with their upcoming album ‘Take A Shot’ (out soon) – you may remember that the feisty title track won plenty of support when it was released last summer.

To further whet appetites for the full album the Fantastics are releasing a new single at the end of February – it’s a big, brash thing simply called ‘Hey Mister’. Once again, the song features a powerful vocal from Sulene Fleming and it’s already winning big support from people like Craig Charles.

‘Hey Mister’ also comes in a second mix courtesy of French producer Art of Tones. This one has a booming bass line, funky guitars, some bonkers organ and a generous garnish of disco-house. Wisely that big, big Sulene Fleming vocal is right at the top of the mix. The band describe the cut as “an up-tempo, in your face, rather saucy sister-funk number” – see if they’re right when the single wins release on February 26th via bbe digital.