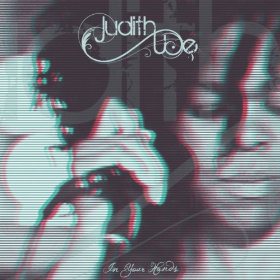 Judith Ude was born in Nottingham where she grew up with eclectic music tastes –everything from Doris Day to Lauryn Hill. Now based in Manchester, Judith has just released a 5 track EP, ‘In Your Hands’ which reveals an adventurous and experimental soul sister every bit as eclectic as those early heroines might indicate.

The title track is a heavy neo-soul groove with ponderous beats while ‘Every Day Is Different’ is another heavy hitter. Much lighter and more accessible is the folksy ‘Saturation’ but the mini album’s big cut is ‘Who Are You For’. Its a clever song – musically and lyrically – and it will, I’m sure, remind you of Laura Mvula’s ‘Green Garden’. It has that same quirky, insistent rhythm pattern and Judith’s big voice has the same attack and passion as Laura’s. The song is also offered in a ‘Poshboy Remix’. If anything this tweak’s even quirkier and spirited. Find out more @ www.judithude.co.uk