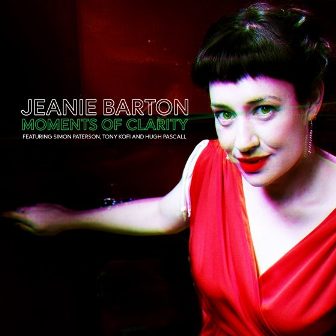 JEANIE BARTON is anew (ish) kid on the UK jazz block. Hailing from Nottingham, she’s worked with plenty of UK jazz “names” – Georgie Fame amongst them – and played at prestigious venues like The Jazz Cafe, The 606 club and Ronnie Scott’s.

Right now Ms B is promoting a new single – a pleasing day time radio friendly ballad, ‘Soon’… an emotive song about the coming of Spring and the hope that brings. It is the first cut and lead track taken from Jeanie’s latest (and third) album entitled ‘Moments of Clarity’ which is out now. Jeanie will be appearing at London’s The Pheasantry on the 26th January… naturally she’ll feature ‘Soon’.