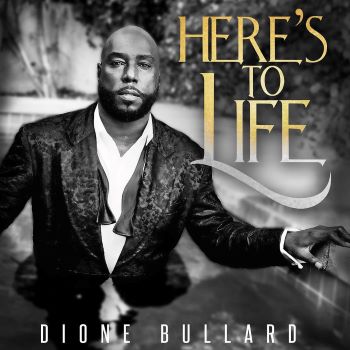 Every now and then tunes crop up which grab your attention but despite your best efforts you just can’t find out too much about it. Case in point is an upcoming release on an “unknown” –  DIONE BULLARD. His track is a new version of  the jazz standard ‘Here’s To Life’, best known in Shirley Horn’s version.

His Facebook page sort of suggests  that Dione might be a chef(?) and it also tells us that his ‘Here’s To Life’ is from an upcoming album, ‘Velvet Dreams’ and that “velvet” really does sum up his wonderful voice – a cross between Luther Vandross and Nat King Cole with a little extra power. He does say on Facebook that; “ I want to LIVE, not merely exist. My life deserves to be celebrated. This song fully exemplifies that statement” – Interesting .

This new ‘Here’s To Life’ clocks in at almost 11 minutes and it bodes well for the album and if you like the song you may want to check out another recent version from Tony Hightower.

Thanks again to Mark Turner @ soulstrutter for unearthing this. Find out more @ https://soulstrutter.blogspot.com/