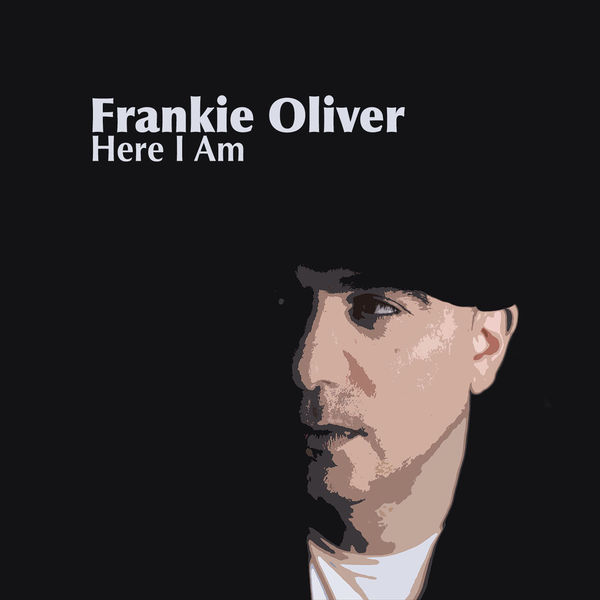 FRANKIE OLIVER is a London-based blue-eyed soul man who launches his latest album, ‘Here I Am’ on June 9th.

Though not that well-known in the mainstream, Frankie boasts a music CV that goes back to the 90s, when, signed to Island Records, he debuted with the Jamaica recorded ‘Looking For The Twist’. Sadly record biz politics conspired against Frankie and he quit show business and became a black cab driver! With “the knowledge” mastered, Mr O then began to master something a lot more creative … he discovered classic blues and soul. Next stop he was penning his own songs and after recording one, ‘My Kinda Woman’, he resolved to develop a full album… hence the aptly-named ‘Here I Am’.

The 12 tracker has been produced by Delroy Pinncok and Sam Bergliter and all the songs are Frankie Oliver originals save ‘Love Is Overdue’ which, of course, is down to Gregory Isaacs. That first song, ‘My Kinda Woman’, takes centre stage here. It’s a ponderous soul ballad with a blues undertow and indeed that’s the sound that dominates the album. If that’s your bag then you’ll find plenty to enjoy. Best of these sultry burners is the sparse ‘Things That I Was Told’. There’s just a hint of Sam Cooke and Otis Redding about this, maybe because the template seems to be based on ‘A Change Is Gonna Come’.

There’s more of the same on ‘Tell Me’ – the album’s first single; playlisted on BBC Radio 2, no less! The new single, ”Cos Of You’ treads a similar path with a catchy hook though to these old soul boy ears the obvious “single-in-waiting” is the more optimistic ‘She’s Beautiful’. It’s quite lovely and ultra radio friendly.

Frankie officially launches the album at London’s 100 Club on June 7th and you can learn more @ www.frankieolivermusic.com

FRANKIE OLIVER; ‘Here I Am’ is released on Good Deeds Music on June 9th