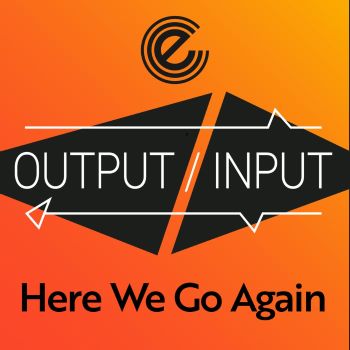 OUTPUT/INPUT is a multinational band of music biz vets  who between them have worked with people like Chaka Khan, George Duke, Christina Aguilera, Diana Ross, Stevie Wonder and Dave Koz. The band are marshalled by Chaka Khan’s MD Melvin Lee Davis and at the back end of last year they debuted with  a  rousing ‘Soul Deep’ which featured  vocals from HAMISH STUART – ex AWB, of course and the writer of the song along with AWB alumnus, Steve Ferrone who also played drums on the track.

For their latest single Davis and his team have dug deep into the classic soul archive to craft a wonderful cover of the Isley Brothers’ ballad ‘Here We Go Again’. To tackle the original Ron Isley lead vocal, Output/Input have chosen twin strikers… Audrey Wheeler and Brent Carter.

Soul anoraks will know Ms Wheeler as the sometime lead voice with Unlimited Touch. She’s also an in-demand  background singer and (of course) Mrs Will Downing! Brent Carter is a native New Yorker and has sung lead with Tower Of Power and AWB.

Together Brent and Audrey make sweet soul magic – a little different to Ron Isley’s unique delivery – while  the Output/Input team deliver a jazzy, undertow.  It’s out April 8th via Expansion with vinyl in the pipeline too!