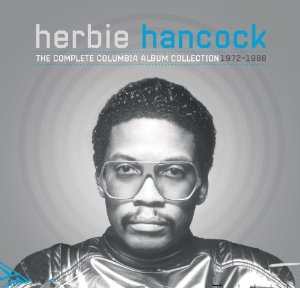 As well as featuring key albums in Hancock’s canon – such as the 1973 jazz-funk classic ‘Head Hunters’ and the futuristic electro-funk of 1983’s ‘Perfect Machine,’ which included the hit ‘Rockit’ – the set also rounds up for the first time all of the keyboard maven’s 8 Japanese-only albums, which Hancock cut for Columbia in the ’70s and early ’80s – these include the hard-to-find live Head Hunters’-era album, ‘Flood,’ and an early digital recording, the collectable ‘Direct Step,’ as well as the solo keyboard album, ‘The Piano.’

Accompanying the music is an extensive contextual essay by Grammy winning writer/musician, Bob Belden, as well as comprehensive discographical and session info.

The set is due for release on November 11th by Sony’s Columbia/Legacy imprint.