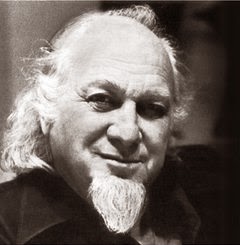 Music biz entrepreneur HENRY STONE died on Thursday 7th August. He was 93 and died of natural causes at the Mercy Hospital, Miami. Stone enjoyed a long and varied career but he will be best remembered for his stewardship of the TK Record label.

Henry Stone was born in the Bronx in 1921 and learned to play trumpet, but he began his music business involvement in Los Angeles selling g juke box records from his car. In 1948, he moved to Miami where he set up Seminole, a record-distribution business and Crystal recording studio. Three years later, he recorded his first artist, a pianist-singer from the Florida School for the Deaf and Blind in St. Augustine. The artist was Ray Charles. Stone then became involved with King Records – signing James Brown to the label.

In Miami, Stone acted a representative for labels like Motown and Atlantic and he also distributed records for host of smaller labels. Then in 1972 he co-founded TK Records with Steve Alaimo. The label and it many subsidiaries s ceased trading in 1981 but in the meantime Stone scored countess hits with artists like Betty Wright, Timmy Thomas, KC and the Sunshine Band, George McCrae, Beginning of the End, Latimore, Gwen McCrae, Peter Brown and Bobby Caldwell. Maybe TK’s biggest hit was George McRae’s 1974 ‘Rock Your Baby’ and a story about that record offers a to clue how Stone did business. It’s said that after the song had hit no. 1 McRae pulled a knife on Stone and threatened him for not paying him royalties. Stone reportedly handed the disgruntled singer a wad of bills and the keys to his Cadillac. He failed to tell McRae that the Cadillac was rented

Henry Stone later became involved with Hot Productions, later setting up his own label, The Legendary Henry Stone Presents… and in 2004, he was awarded the first ever Pioneer Award for the Dance Music Hall of Fame.

Stone is survived by his wife Inez, and his children Donna, Joseph, Lynda, Crystal, Sheri, Kim and David and 14 grandchildren.

TK artist Harry Casey – KC of the Sunshine Band – summed up Stone’s legacy thus: “The world of music has lost a trailblazer — a legend — but personally, I’ve lost the only father I’ve ever known,” Sunshine Band member, Richard Finch added. “He was my friend and mentor. He brought a 15-year-old teen from Opa-locka into the studios of TK Records and gave him the freedom to perfect his craft as a recording engineer and the room to grow as a songwriter and producer. He gave life to the studio concept that Harry and I created together at TK, resulting in the birth of our band, KC & the Sunshine Band. Our success, the success of so many other TK artists, all props and thanks lie solely at the feet of Henry Stone.”