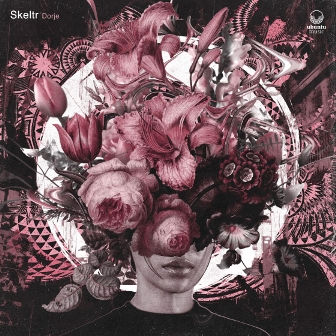 SKELTR is a new age jazz duo from Manchester – saxophonist/keyboardist Sam Healey and drummer Craig Hanson. They made their live debut in 2017 and have since played gigs and festivals Europe wide. In October the band will launch their second album, ‘Dorje’ which they say, “seeks to provide the listener with a space in which to explore their own relativities with guidance, inspiration and accompaniment”.

The concise 6 tracker begins with an almost jaunty ‘Cheef Beef’ with a laid back vocal from Healey but then that “space”, that ethereal atmosphere which  their mission statement implies, kicks in. Tracks like ‘Siren’, ‘Fjord’ and ‘Nesodden’ straddle the divide between chill out and experimental – which Skeltr’s music has to be given their instrumental line up. The duo are aided by guest rapper Kinkai who offers ‘Kinkai’s Question’ – a dreamy meander exhorting us to forget our problems and hang ups (“the weight of the world”)… possibly a reflection of Healey’s Buddhist beliefs which he freely admits apply to his creative process.