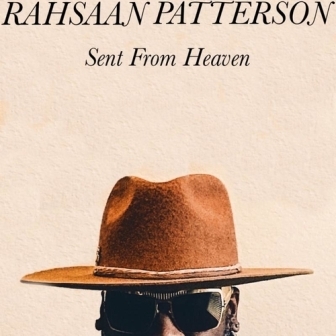 Here in the UK we first became enamoured with RAHSAAN PATTERSON back in 1997 when his song ‘Don’t Wanna Loose It’ was everywhere. Since then he’s rarely delivered a dud; however, it’s sadly been a long time since we heard new music from him. That’s about to change as Mr P gears up to release a new long player….. ‘Heroes and Gods’ due May 17th on Shanachie Records.

To whet our soul appetites, the first single has just been released –a gorgeous, lazy ‘Sent From Heaven’ on which Rahsaan’s buttery smooth vocal meanders alongside sweet muted horns. Quiet Storm… Blue Light In The Basement….? Call it what you will. Just to say it’s every bit as lovely as that ’97 winner ‘Don’t Wanna Loose It’ and it augers well for the parent album.