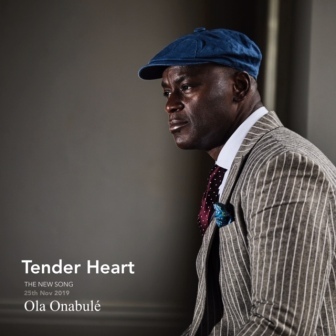 OLA ONABULE’S recent ‘Point Less’ album was acclaimed right across the board and as year end loom into view he’s released a key cut as a single… it’s the reflective and simple ‘Tender Heart’. Understated, the song’s message chimes with the sentiments of the current season… “a tribute to people who dare to stand alone and be the first to declare an uncomfortable truth“. As ever, Mr O delivers impeccably.