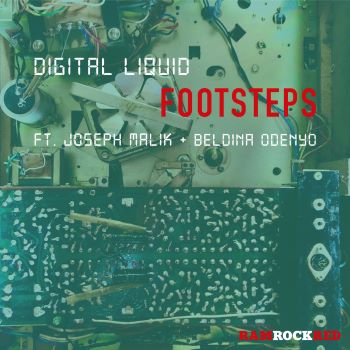 Joseph, alongside Beldina Odenyo takes the lead on Digital Liquid’s urgent and insistent ‘Footsteps’. The broody tune is already  being championed by tastemakers like Craig Charles and you can hear why. In the original mix it proffers a disco beat but it’s never light; there’s an Eastern garnish and it really is an ear worm. The North Street West mix cranks up the disco flavour with a crunchy bass line and chinking guitars – a touch of the Nile Rodgers.

Both mixes of ‘Footsteps’ will be released on Ram rock Records on September 3rd.