HE GOT THE MUSIC IN HIM! 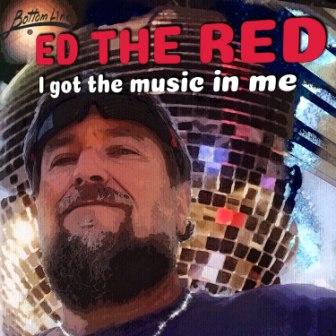 ‘I Got The Music In Me’ is the new album from soul multi-tasker, ED THE RED. Edward Golstman (for that is Ed’s real name) began in the biz in the 90s producing house jams for his own Bottom Line Records.

Over the past year or so young Ed’s sound has moved towards a more mainstream modern soul sound and plenty of his tunes (like ‘Summer Is The Coldest Season’ and ‘Love-Amore’) scaled all the credible soul charts worldwide. … and now the album!

Given the man’s pedigree, it’s no surprise that the long player features some belting house tunes…. thing like ‘Move Yo Body’ and ‘Saturday Night Disco Party’ – the titles, I guess ,sum ’em all up!

Modern soul fans will also find plenty to like – notably the David A Tobin vocalised ‘I Love You Down’ (very Kenny Thomas) and ‘Time In The Bottle’ with MJ White at the mic. Interestingly the set also features instrumentals. ‘Blues For Latina’ is a super slab of smooth jazz with great keys while the oddly named ‘Prelude To A Camel Song’ offer more smooth jazz though it’s married to some real tasty steppers beats with fab sax work from Dr Melvin Price.

Yep…. something for everyone here – Ed The Red’s ‘I Got The Music In Me’ is out now on Bottom Line Records!