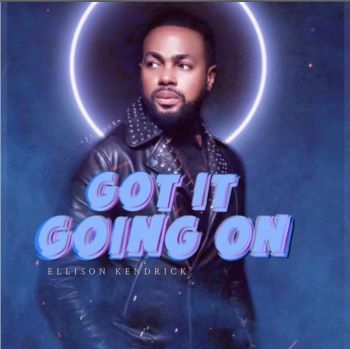 ELLISON KENDRICK is a Miami-born/Jamaican-heritage soul man who learned his craft in the church. Embracing the “devil’s music”, he dabbled with a boy band before going solo, signing to Betty Wright’s Mrs B record label. He then moved on to EKG Records before starting his own imprint, Nosille Music. Multi-talented, Mr K also acts, does voice over jingles and writes movie/TV sound tracks as well, of course, as pursuing his music career – both solo and as Ellison and the Black Suits, named for his hit ‘Black Suit’.

His latest (solo) release is a double A sider – ‘Got It Going On’/ ‘The Only One’. The former is a decent soul chugger built on the chassis of Barry White’s ‘It’s Ecstasy When You Lie Down With Me’ while the latter is a mournful, contemporary soul ballad with a southern flavour on which Ellison betrays his gospel background.  We believe that both were originally released last year but are now being repromoted for the European market.