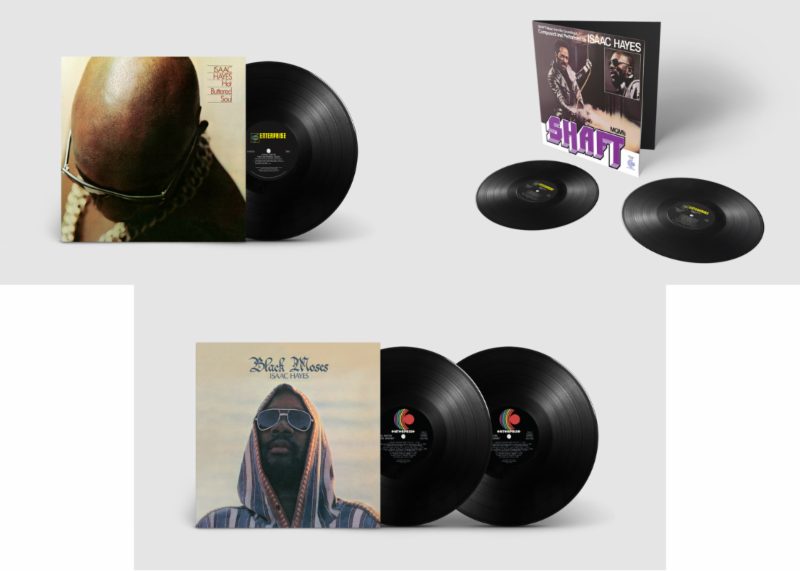 The prolific ISAAC HAYES is rightly regarded as one of soul’s “greats”. His writing and production achievements would be enough to earn him that accolade, but he also went on to forge an incredible and prolific career as an artist in his own right.

Though the Hayes canon is extensive, most commentators would agree that his three most significant albums were ‘Hot Buttered Soul’, ‘Shaft’ and ‘Black Moses’.

On February 23rd, Craft Recordings will release newly remastered vinyl editions of all three long players. The remastering has been done by industry leader Dave Cooley at Elysian Masters from the original analogue tapes and the albums come in reproductions of the original sleeves. In the case of ‘Black Moses’ that means the magnificent four foot cross shaped fold out image – a cover as ground breaking as the music within.