HAVE (ANOTHER) MARIAH CHRISTMAS…. 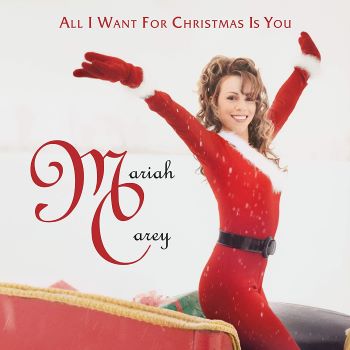 MARIAH CAREY’S 1994 perennial ‘All I Want for Christmas Is You’ is as much a part of the Festive season as turkey, that man in the red suit and those old roasting chestnuts! Now it seems it’s all official – the song has been declared  the first and only Christmas song  to win a RIAA Diamond Award! (the RIAA is the Recording Industry Association of America – it controls awards and honours based on music sales). The Diamond Award  is in recognition of ten million sales and streaming units in the United States.

Ms Carey says: “The continued love for my song never ceases to amaze me and fill my heart with a multitude of emotions. It blows my mind that ‘All I Want for Christmas is You’ has endured different eras of the music industry. The RIAA DIAMOND award?! Wowww! I’m so fortunate to have the greatest fans on Earth;  I love you.” Ah sweet… eat your heart out Bing Crosby!