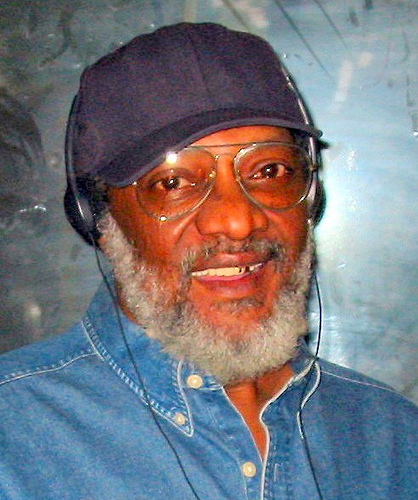 Veteran soul session player HARRISON CALLOWAY died on Saturday 30th April, aged 75. Trumpeter and founder of the famed Muscle Shoals Horns, Calloway had suffered a stroke in his Jackson, Mississippi home on the 22nd of April, and never regained consciousness.

Calloway began his pro music career at Tennessee State University when he formed a group with Ronnie Eades, Harvey Thompson and Charles Rose and they eventually found work at Rick Hall’s Fame Studios. There they worked on numerous recordings with artists like Joe Tex, Bobby Womack, Candi Staton, Frederick Knight, B.B. King and later they became the horn section of choice for people like Bob Dylan, Bob Seger, the Osmonds and Elton John.

Fame’s Rick Hall commented: “That is sad, sad news. I loved him like a brother. We cut a lot of hit records together, and he was always there for me.” Fellow band member, Charles Rose said: “I met Harrison, Harvey and Ronnie in December 1971 when Jimmy Johnson booked me on a session with the horns. I’d say 90 percent of the sessions there were by head. We had no written charts. Harrison was the idea man. I learned a lot about writing and playing charts for R&B horns by working with him. In fact, I’d say he’s the biggest influence on my horn chart writing.”

More recently Calloway still was active as an arranger and producer at Malaco Records in Jackson, Mississippi.